Working for a company like NGAGE, one might find yourself in situations that land you six feet under…

Working for a company like NGAGE, one might find yourself in situations that land you six feet under… 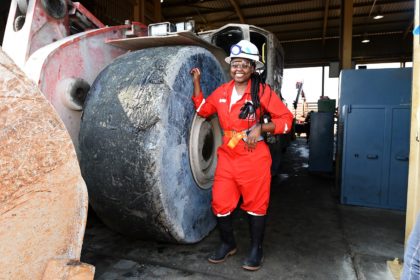 Well, I didn’t die. I swear I came close to it, but I survived my first trip underground at a mine in Rustenburg, where I went 4 km down below!  I mean, I have worked in the mining industry for more than six years, starting out as a journalist for a popular mining magazine, and then moving to the public relations section of NGAGE.

In all of that time, I managed to avoid GOING UNDERGROUND! My fear of confined spaces has always gotten the best of me when given the opportunity, but I knew it had to happen at some point, and that point was this year. I gave in to my fear, and took the plunge to explore and see exactly what miners do …. Here’s how it (and I) went down…

Now, I am not a morning person at all, but with a 03:00 AM wake-up call, I had to suck it up and make peace with the fact I was about to go on a three-hour road trip to willingly go 4 km underground. So I put on a brave face because, well, I ain’t no punk, and we were off to Rusty Dusty!

The majority of the trip was just music and napping, and trying to not overthink what it would eventually lead to. I was a nervous wreck. I didn’t know what to expect really, besides the obvious, namely dirt, dust, and darkness. I knew I wasn’t built for this environment, but grinned and decided to bear it.

We arrived, and ID badges were immediately handed out, instructions given, safety videos watched, and then we were told we were ready to go. Now, bear in mind that I am ‘pint-sized’, give or take a centimetre or two, and suddenly I was handed this oversized overall, boots, hardhat, belts, and all sorts of unknown gadgets that were my guaranteed lifeline in terms of my safety and general well-being! I didn’t argue, and got myself into the gear. I was uncomfortable, but soldiered on into the unknown.

We entered a caged motor vehicle, with four of us in the back, and two drivers. The mine entrance of the mine neared, and my heart beat a little faster. Then, I was blanketed in darkness and the damp smell of mud took over. Not bad. About 20 seconds in, and we were going deeper and deeper, and it got darker and darker, and HOTTER and HOTTER! I practically got a free sauna! J

We reached the first sign of life as we were suddenly surrounded by a swarm of miners, who seemed to be in their natural habitat, and didn’t mind the heat at all! The vibe down there was electric – not from all the massive machinery, but you could feel that everyone took pride in their work. Men and women digging away 4 km down in the earth. I felt a great deal of respect for the work they were doing and, most of all, where they were doing it.

So, I survived my first trip underground. I actually kind of enjoyed it! Maybe next time I will go even deeper…Watch this space!

Russell has 19 years experience in marketing, starting out as a graphic designer when websites were still cool. He completed his IMM in 2011 and started NGAGE Marketing. He has a passion for marketing, digital and strategy which he often uses to put his family to sleep with his in-depth stories on new marketing techniques.

What you can read next

Early mornings and the dirty side of PR! 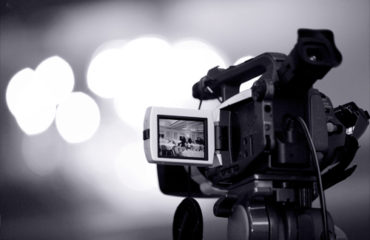